Richard, based in Ham, keeps being stopped for an update, so here is a bit more;

"The understanding of how the bridge will impact on both sides of the Thames is the next step.

What is the ecological impact of the bridge and cycle route?

How would it affect connections across the borough?

Many intangible and complex questions are raised, but the importance is the vision evolves." 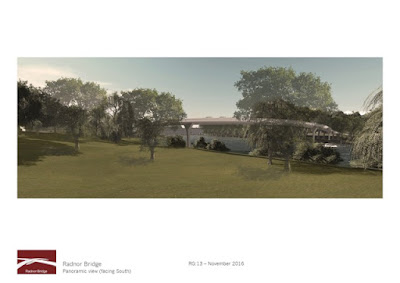 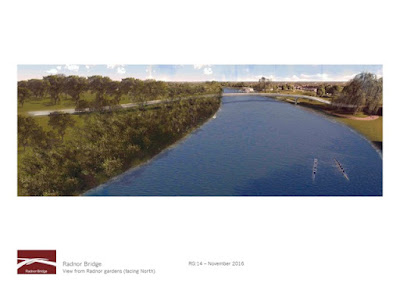 Richard, based in Ham, keeps being stopped for an update, so here it is.

"With these images of the bridge and its connection to the wider landscape and urban fabric, Mark and I continue to evolve a realistic and sustainable proposal, which is now being treated with serious consideration." 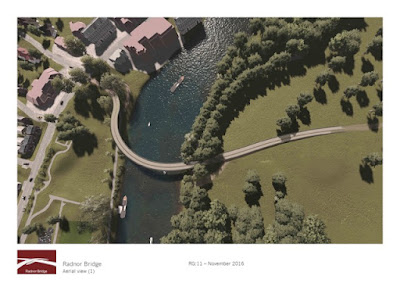 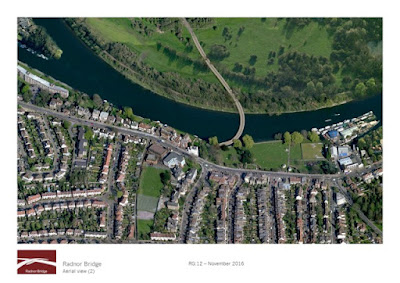 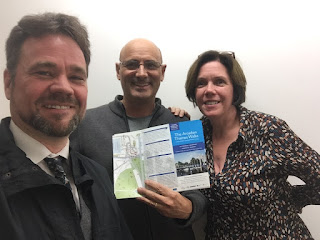 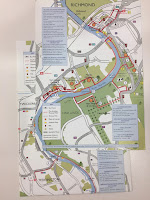 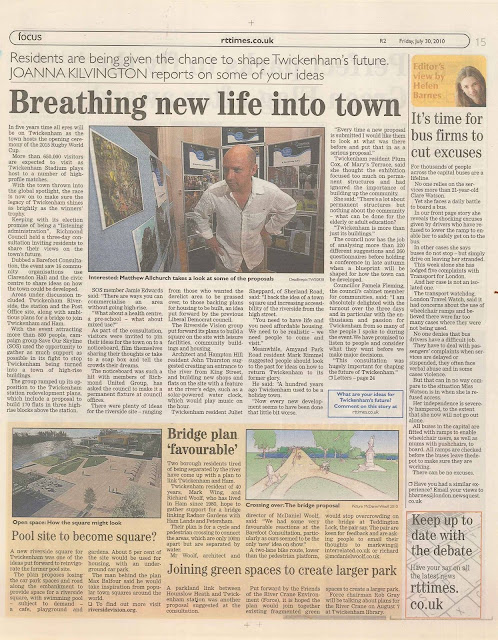