Richard and Mark will be attending the Councils' Transport and Air Quality Committee meeting this evening (21st October 2019).
Richard is registered to ask a question of the committee regarding topic #6 titled "Active Travel Strategy". Things we would like the committee to consider include;
Posted by Mark Wing at 02:52 6 comments: 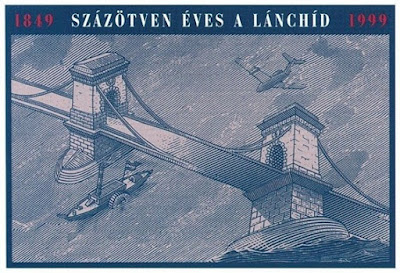 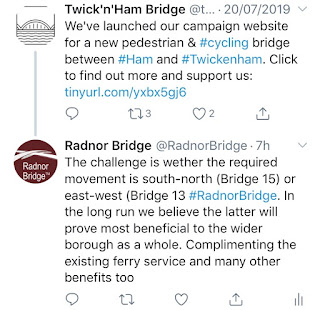 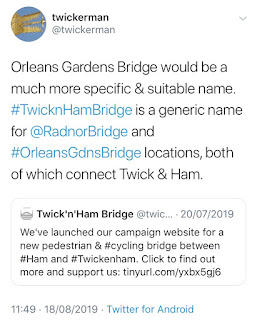 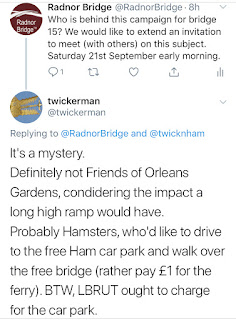 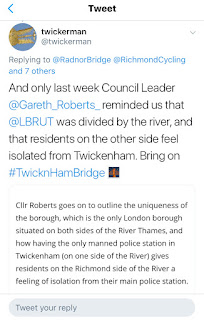 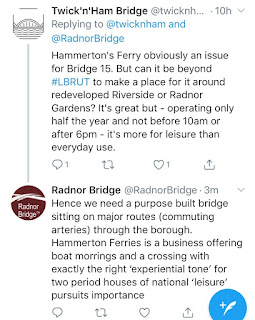 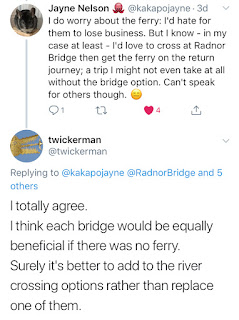 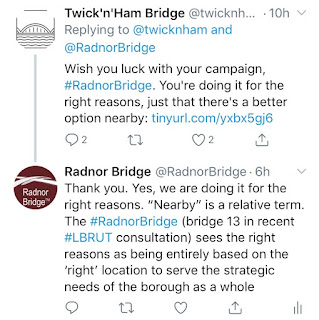 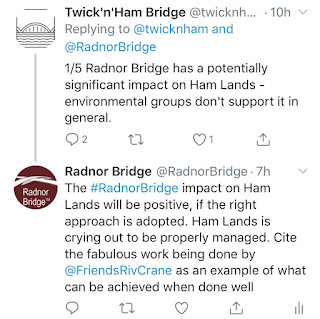 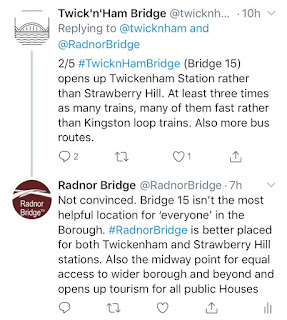 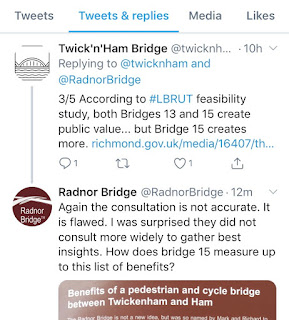 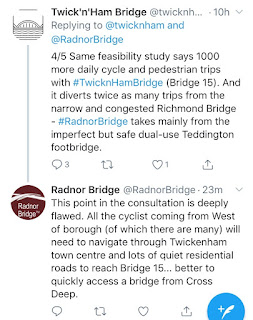 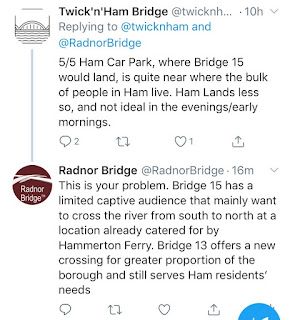 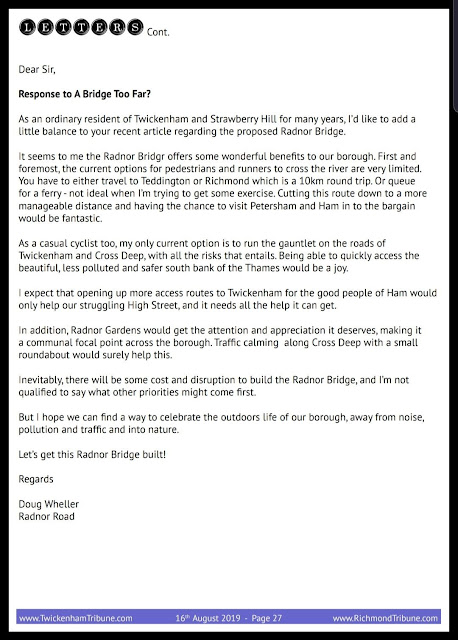 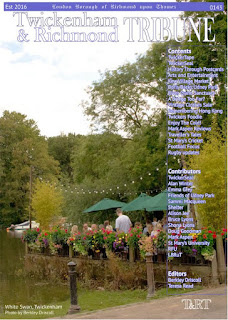 The local support for Radnor Bridge (which these two events revealed) showed us that this is NOT a bridge too far but is in-fact a much needed solution that many would like to see built.
Posted by Mark Wing at 02:33 No comments:

In June we established a pop up gazebo at both the Ham Fair and then for the two days Twickenham Church Street Goes Green. Needless to say we thoroughly enjoyed ourselves.

In anticipation of these two events we had 2000 of 'Our New Thames Bridge' booklets printed. This is an 8pp leaflet that helps communicate detailed information about the Radnor Bridge idea, in terms of what has been done to-date and what needs to be done next.

Both events proved to be fabulous occasions for meeting members of the public. They also presented an opportunity to gather instant feedback on the idea and quickly learn how keen people are to see it happen. Needless to say the feedback was mainly very positive, which is great. We only wish we had done this sooner! Maybe then we would have score a significantly higher percentage of people wanting "Bridge 13" (Radnor Bridge) in the "Have your say" consultation, run by the Council, following the SWP feasibility study.

Following these events we are definitely picking up a discernible increase in volume, as people share and discuss the Radnor Bridge idea online and also face to face. This is all very exciting as this was our primary objective; to simply increase awareness and get people talking about this idea more.

May we encourage you to speak to any Councillors you know, so that collectively we can encourage key decision makers locally and so help get this bridge built. 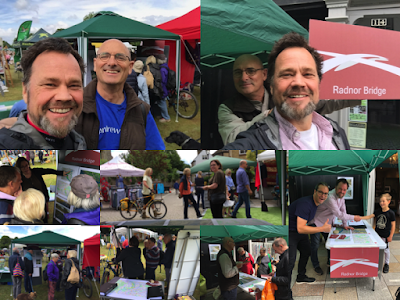 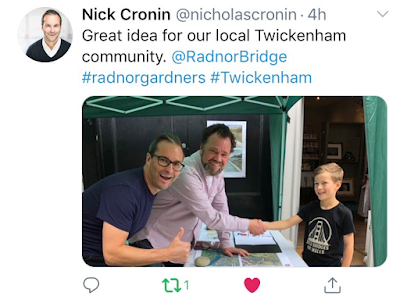 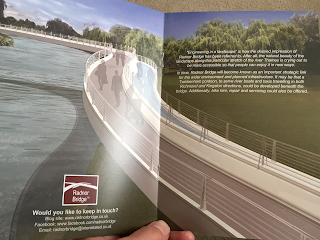 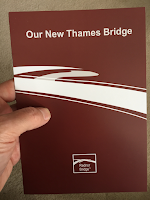 
We remain convinced our area needs this ‘big idea’. Mainly because it will help better connect every quarter of Richmond Borough. Do you agree? 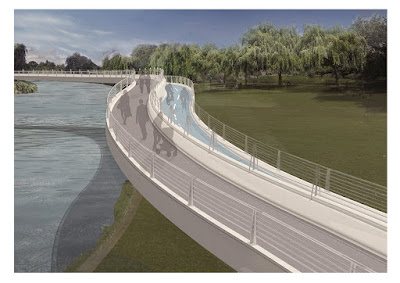 Why not come and meet the Radnor Bridge team.

We will be having a stand at both the Ham Fair on 8th June and also for the two days Twickenham Church Street Goes Green on 15th and 16th June.


The Radnor Bridge is not a new idea, but was so named by Mark and Richard to help convey that, in their opinion, Radnor Gardens is the only appropriate location for a pedestrian and cycle bridge. A list of reasons and the benefits they bring was created in 2010.


The benefits it will bring


This list, while clearly not exhaustive, may help clarify why this piece of sustainable transport infrastructure is important to the borough;
We are sure you can add your own additional benefits to this list too.