One of the concerns we often get challenged with is the impact the Radnor Bridge will have on the biodiversity found on Ham Lands.

Ham Lands is a Local Nature Reserve (LNR) and a Site of Metropolitan Importance for Nature Conservation (SMINC) [site ref MO 83].  For this reason it is managed according to a Natural England’s Higher Level Stewardship scheme ‘to improve and maintain the quality of the semi-improved meadow grassland, scrub, pond and wetland habitats’.

In it they share their chief concern of Radnor Bridge "...would be considerable disruption and disturbance to habitats and biodiversity along the length of the route and the permanent intrusion of activity both by those traveling along the path and those drawn to the area by the new bridge and path..."

In response we have always maintained that this is something that can be controlled if managed carefully. Although we accept this is not an area of our own personal expertise, we have cited the land management in Richmond Park and along the Crane River as great examples of how to do this well.

Over the past two years, substantial upgrades of the tow paths along the riverside around Ham Lands have been undertaken. We would welcome feedback from the Council on what ecological impact these measures have had, if any.

In the past, we have suggested that perhaps the job of improving and maintaining "the quality of the semi-improved meadow grassland, scrub, pond and wetland habitats" means that Ham Lands can't be left without effective investment in its land management. This is something that the Friends of Ham Lands at HUG (Ham United Group) have also identified; "Left to itself, as a wilderness, it would soon deteriorate as rampant and invasive species crowd out the more sensitive plants, block pathways, and colonise the more open scrub and grassland." We agree. Leaving the lands so that nature manages itself (which seems to be happening across much of Ham Lands) is not an acceptable solution for a semi-urban environment. Over the years, Ham Lands have clearly become quite degraded. Sadly, the Great River Avenue already exists in a derelict fashion. This is an important 'vista' line from the memorial in Radnor Gardens to the Star & Garter on Richmond Hill (identified in the Arcadian Thames Landscape Strategy) and will be the main access route to the bridge. 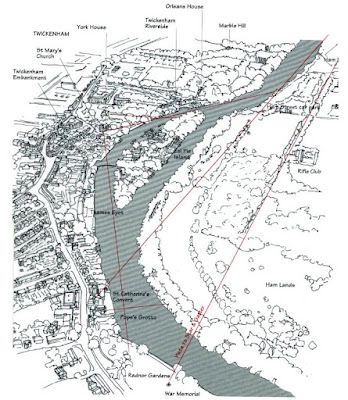 Investing in the Radnor Bridge could bring with it much needed cash to support the management of Ham Lands. Developing an effective pathway across the Lands, for access to the bridge, should provide us all with an opportunity to seriously think about how the land can be better managed to support the movement of people while effectively sustaining its wonderful bio-diversity.

For change to happen we need the engagement of environmental groups and their considerable knowledge to help research and define the opportunities and threats to this valuable common land. There is always a better way... And we're sure if we can work together we'll find it. In our opinion, their current approach toward this debate has hindered progress into improving and maintaining 'the quality of the semi-improved' Ham Lands for the wider borough as a whole to enjoy.

The lands should not be the private back garden for a few local people in Ham. They should be managed to support the natural environment so that it can be enjoyed by all the borough. The police in Ham have said to us on several occasions (since we started campaigning for Radnor Bridge in 2010) that they would welcome improved movement across the lands. We believe this may also be to help curb elements of well documented anti-social behaviour that happens across Ham Lands.

Safe use of the bridge and associated pathways will need careful design. Light pollution is a concern, as is the perception of Ham Lands as a "no-go area" for large parts of the community. Safety will therefore be an important consideration going forward. We understand consideration for lighting will have to be part of this and yet we also appreciate that the Bats like a "dark corridor". However, we remain convinced, a solution to this can be developed given the right focus and attention. Lighting has moved on a long way and it is likely someone has had to deal with this type of issue elsewhere.

In their article SWLEN appears to recommend a bridge located near Ham House, connecting with Orleans Gardens on the Twickenham side (bridge #15 in the WSP report). The article goes on to say; “We feel a bridge needs to connect two communities, not just one, particularly when being built at great expense by the public purse.” We couldn't agree more.

In response we hope SWLEN will come to realise that the Radnor Bridge will provide improved connectivity for several communities - not just one. Indeed Radnor Bridge (#13 in the WSP report) is a strategic link across the river Thames, located at the center of the borough, to provide advantages to many people/communities. In this way it will serve more people than the Orleans Bridge will ever manage to do. Hopefully our video goes someway to showing this.

The Radnor Bridge team (Mark Wing and Richard Woolf) has been asking LBRuT (since the WSP report was released in October 2018) for an independent second feasibility report which brings analysis, research and scientific facts to the actual situation on Ham Lands. We'd like to know the true state of its ecological condition, to help clarify the threats and opportunities Ham Lands must consider to safeguard its future. When challenged, Richard adds "...we need facts, not assumptions."

NB: This weekend we were impressed by some remarkable photographs Ingrid Demaerschalk‎ posted in Nature in Richmond Borough on Facebook. These were all taken along the well lit, and extremely well used, river path on the Twickenham side suggesting that nature and people can cohabit very well. 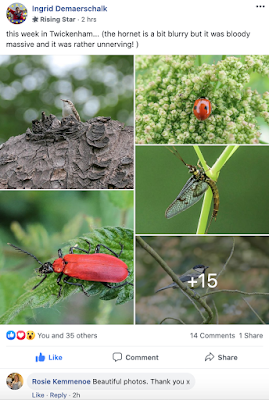 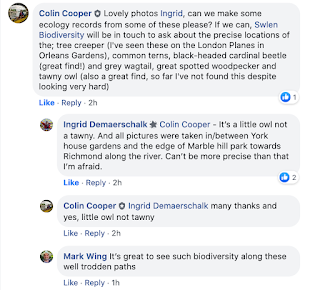