Richard tells it as it is 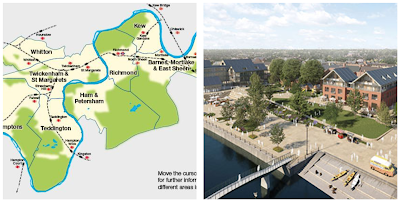 The New Year sees communities east and west of Radnor Bridge reflecting on major infrastructure projects due for completion in the 2020’s . Both projects have been discussed and debated for decades and are now progressing at a pace. They will have a significant impact on how we move and connect around the borough, making the second stage strategy report on a bridge crossing over the Thames vital.

The development of the Ham Close estate will see the current 192 flats and maisonettes replaced with 542 flats, mainly six storeys in height. This substantial increase in housing and growth of population will be the greatest evolution in Ham and Petersham for half a century. It will obviously have a massive impact on the transportation links which are recognised as being some of the worst in Great London.

The progress of the Twickenham Riverside redevelopment is also gathering momentum. It is to the Councils credit that the new scheme has recalibrated the objective to restore and enhance the derelict site, giving greater emphasis on amenity space for residents and attracting commercial and leisure use within the town centre.

What both schemes will benefit from is communication, and the Radnor Bridge is ideally placed to compliment both.

We start the 2020’s in trepidation and isolation . Wouldn’t planning a foot and cycle bridge at Radnor Gardens be the ideal way to show our commitment to future generations that we take sustainable travel seriously ? 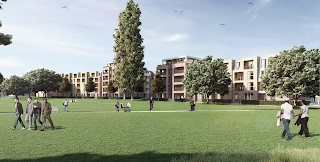